Statement of Support for Black Lives from WGSS Faculty

We, as WGSS faculty members at Yale, stand in solidarity with the protests against the murder of George Floyd, and against state-sanctioned racism and racist police and civilian violence. As scholars, we research, write and teach about various forms of violence, exploitation, and extraction. We study racial inequality and the racist distribution of resources and opportunities. We study the racialized history of colonialism, imperialism, and mass incarceration. We emphasize that race, gender, sexuality, class, citizenship, ability and other axes of inequality produce asymmetrical, discriminatory distributions of life chances. Police violence against people of color, and especially Black people, is a systemic, foundational condition of the United States. Foundational, but nonessential.
We demand justice for George Floyd, and for all Black lives. We stand in solidarity with the policy demands of the Black Lives Matter movement that call for ending:  the death penalty; mass surveillance of communities of color; the privatization of police; the cumulative costs of criminal records; and violence against Black people of all genders.

We stand in solidarity with our colleagues in Ethnicity, Race, and Migration to condemn the anti-Asian, particularly anti-Chinese, hate crimes and harrassment that have increased in communities across the United States as a result of the Coronavirus pandemic.

The Women’s, Gender, & Sexuality Studies Program at Yale offers a variety of courses and an undergraduate major (BA). The Program establishes gender and sexuality as fundamental categories of social and cultural analysis. Drawing on history, literature, cultural studies, social science, and science, it offers interdisciplinary perspectives from which to study the diversity of human experience. Gender—the social meaning of the distinction between the sexes—and sexuality—sexual identities, discourses, and institutions—are studied as they intersect with class, race, ethnicity,nationality, and transnational movements.

The Women’s, Gender, & Sexuality Studies Program was established at Yale in 1979 as the Women’s Studies program. Since its founding, the program has grown and evolved, changing its name twice—in 1998, to the Women’s & Gender Studies Program, and in 2004, to the Women’s, Gender, and Sexuality Studies Program—to recognize the importance of the study of both gender and sexuality in the academy. A thorough history of the program, written in 2001 by Kirsten Lodal, is available here as a PDF: “Engendering an Intellectual Space: The Development of Women’s Studies at Yale University, 1969-2001.” 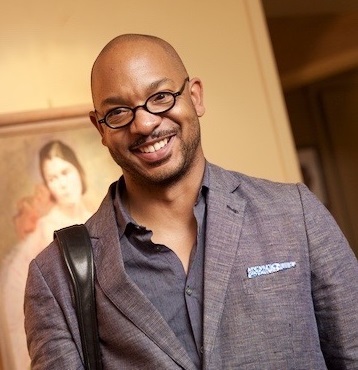 Select a time for a virtual meeting with Director of Undergraduate Studies Andrew Dowe (andrew.dowe@yale.edu) at calendly.com/dowe, or email to find a time.

Email Director of Graduate Studies Joe Fischel (joseph.fischel@yale.edu) to set up an appointment.