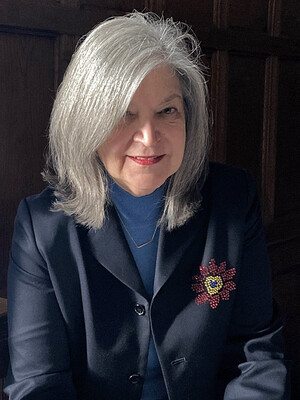 Laura Wexler, whose work on gender, race, photography, and film has transformed understandings of U.S. history, has been appointed the Charles H. Farnam Professor of Women’s, Gender, and Sexuality Studies and of American Studies, effective July 1.

She is a member of the Faculty of Arts and Sciences in the programs of Women’s, Gender, and Sexuality Studies, American Studies, and Film and Media Studies.

Wexler joined the Yale faculty in 1989. Her monograph, “Tender Violence: Domestic Visions in an Age of U. S. Imperialism” (2000), won the Joan Kelley Memorial Prize of the American Historical Association for the best book in women’s history and/or feminist theory. Her book “Tender Violence” is groundbreaking in its approach to the study of photography: in it, Wexler places the work of the first generation of American female photojournalists in the context of discourses of imperial power, and reveals how women’s photographic work contributed to the project of U.S. imperialism. In her co-authored books, “Pregnant Pictures” (with Sandra Matthews) and “Candy and A Good and Spacious Land”(with Jim Goldberg, Donovan Wylie, Christopher Klatell and Pamela Franks), two edited volumes, and dozens of published articles, Wexler continued to unearth unexplored episodes in U.S. history.

Her current monograph, entitled “The Awakening of Cultural Memory,” uses historical photographs as a source of resistance to the politics of white supremacy in the formation of contemporary American reading practices. Wexler’s work has been supported by multiple National Endowment for the Humanities grants, and fellowships and awards from the Henry R. Luce Foundation, the American Council of Learned Societies, the International Association of Research Universities, the National Performance Network, Phi Beta Kappa, the Organization of American Historians, and other organizations.

A founding member of New England Public Humanities and the Feminist Technology Network, Wexler has opened doors for digital and public-facing humanities scholarship, and she is a noted leader in these fields. She has curated numerous exhibits of photography, both in the United States and abroad. As co-director of the Photogrammar project, an online platform for organizing, searching, and visualizing the 170,000 photographs created by the United States Farm Security Administration and Office of War Information from 1935 to1945, she introduced new ways for historians and the public to view, understand, and analyze historical images.

In 1999 she founded, and she continues to direct, the Photographic Memory Workshop at Yale, and is the co-chair of the Yale Public Humanities Program. In that role, she has developed (along with co-chair Mathew Jacobson) new training programs for graduate students and programming series that extend the impact of Yale scholarship beyond that university, reflecting a bold vision for the future of community-engaged humanities scholarship.

Wexler is noted for her contributions to the field of history on a national scale. She has served on the editorial boards of The Little Magazine, American Quarterly, Genders, the Trans-Asia Photography Review, and the Yale Journal of Criticism. She was a member of the Board of Trustees of the Muriel Gardiner Society for Psychoanalysis and the Humanities and has served as chair of the visual culture forum of the Modern Languages Association. Beyond Yale, she has taught at Columbia University, Amherst College, Trinity College, Wesleyan University, and Peking University.

A dedicated member of the Yale community, in addition to her leadership in Public Humanities, Wexler served as chair of the Department of Women’s, Gender, and Sexuality Studies, and was co-chair of the Yale Women’s Faculty Forum. She has also served on a number of key university committees, including the executive committees for American Studies and Women’s Gender, and Sexuality Studies; the Provost’s Committee on Digital Humanities; the Advisory Committee of the Center for British Art; the Board of Trustees of the Joseph Slifka Center for Jewish Life at Yale; and numerous others.

She earned her bachelor’s degree at Sarah Lawrence College, and a master’s degree and her Ph.D. at Columbia University.