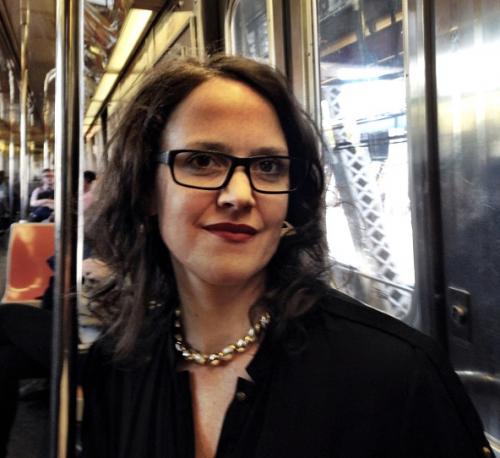 T.L. Cowan is the 2015-2016 Canadian Bicentennial Visiting Lecturer in the MacMillan Center for International and Area Studies and Digital Humanities Fellow at Yale University. T.L. is visiting from The New School, where she is Chair of Experimental Pedagogies in the School of Media Studies and Lecturer of Culture & Media at Eugene Lang College. T.L. is also co-facilitator of the Feminist Technology Network.

T.L.’s work focuses on the cultural and intellectual economies and social lives of trans- feminist and queer community-based performance, especially cabaret, and on the shifting practices of self-expression across digital and analog media. Recent publications include articles in ephemera: theory and politics in organization (2014), Transgender Studies Quarterly (2014), Women’s Studies Quarterly (2014), and Ada: Gender, New Media, and Technology (2014), as well as chapters in Queer Dramaturges: International Perspectives on Where Performance Leads Queer (Palgrave 2015) and MOOCs and Open Education Around the World (Routledge 2015). T.L.’s first book, entitled Poetry’s Bastard: The Illegitimate Genealogies, Cultures and Politics of Text-Based Performance in Canada is under contract with Wilfrid Laurier UP. She is currently completing two additional books: a monograph entitled Sliding Scale: Transfeminist and Queer Cabaret Methods - Mexico City, Montreal, New York City, and a co-authored book, with Jasmine Rault, entitled Checking In: Transfeminist and Queer Labour in Networked Economies.

T.L.’s work with the DHLab will focus on developing a proof-of-concept for The Cabaret Commons: An Online Archive and Anecdotal Encyclopedia for Trans- Feminist and Queer Performers and Audiences. This project entails the development of a hybrid curated and user-generated digital archive of live performance that works towards a responsive and dynamic model of performance archives—one that documents performers and performances and attends to the central role of audiences in sustaining grassroots trans- feminist and queer cultures. The Cabaret Commons project has been generously supported by the Canadian Writing Research Collaboratory (CWRC) and the Social Sciences and Humanities Council of Canada (SSHRC).

T.L. is also a practicing performance and video artist and co-founder and co-editor of the Helix Critical Project.

Along with Prof. Karen Nakamura and Prof. LaMonda Horton-Stallings, T.L. is one of the faculty mentors for the 2016 Yale University Sarah Pettit Doctoral Dissertation Workshop on the theme of Freaks. (http://lgbts.yale.edu/pettit)

T.L. will be leading the following WGSS seminars in Spring 2016 at Yale:

Course Description: Nina Felshin has described “activist art” as those “aesthetic, socio-political, and technological impulses  … that have attempted to challenge, explore, or blur the boundaries and hierarchies traditionally defining culture as represented by those in power.” As an exploration of activist expressive cultures, this course has three main goals. The first is to familiarize students with the diverse ways that “performativity” and “power”—two of our most overwrought critical concepts—have been mobilized around cultural production. The second is to provide students with the opportunity to consider the ways that political performance—including installations, demonstrations, occupations, glitterventions, and other practices of social action in the US and beyond—embodies the condition that Saskia Sassen identifies as “complex powerlessness” and marks moments when “powerlessness is  … consequential,” through small-scale actions by only one body and large-scale actions of many bodies.  The third goal of this course is that students will learn about the relationship between embodied activist art and broader activist cultures.

Course Description: Transgender Cultural Production: Theory, Creation, Activism will provide students with an introduction to the interdisciplinary field of Trans- Studies, through an exploration of key theoretical texts, activist histories and archives and a wide range of expressive cultures including film and video, performance, spoken-word, memoir, blogging and other “new media.” This course will consider the ways in which Trans- Studies draws from and builds upon queer and feminist, critical race and anti-colonial theory, but also aims to study the ways that the unique histories and politics of transgender and transsexual people have been obscured within these broader fields. Furthermore, the course will be framed by a consideration of the ways that we might “critically trans-“ cultural studies: that is, what does Trans- Studies bring to Cultural Studies? Shifting from a focus on identity politics to a practice of assemblage and allied critique, this seminar will take up the work of theorists, cultural producers and activists.