The Women’s, Gender, & Sexuality Studies Graduate Colloquium is a venue in which Yale graduate students from a wide range of disciplines present work that engages women’s studies, feminism, gender and sexuality studies, lesbian and gay studies, and queer studies. At the Colloquium, graduate students give academic talks, present syllabi, discuss pedagogy, and engage in roundtable discussions on pressing issues and questions central to the field of Women’s, Gender, & Sexuality Studies, with much lively discussion to follow.

The Women’s, Gender, and Sexuality Studies Working Group is a subsidiary of the Colloquium. The purpose of the Working Group is to foster interdisciplinary discussion about current issues in the field of women’s, gender, and sexuality studies by bringing together graduate students and and faculty at Yale who are working on topics at the intersection of their discipline and WGSS. This venue aims to introduce recent work in a variety of disciplines and to strengthen our understanding of how our own work might engage with emerging debates in this field.

Philosophers tend to write impersonally, as if occupying a “view from nowhere.” In the words of Annette Baier, this impersonal style has become “a nearly sacred tradition” in philosophy. But is the tradition worth preserving? Drawing on the work of feminists and critical race theorists, I argue that the answer is no. We have good reasons - both epistemic and political - to abandon the impersonal tradition and adopt more openly personal modes of writing philosophy. In short, the personal is philosophical.

Boricuas in the Ivy: Gendered Labor, Racialized Bodies, and an Alternative History of Puerto Rican Studies at Yale

This paper traces the role gender played in the intellectual labor demanded of and enacted by Puerto Rican student activists at Yale, from the 1970s through the 1990s, in their attempts to establish Puerto Rican Studies at the university and consequently legitimize their belonging to and within the Anglo-centric ivy league. 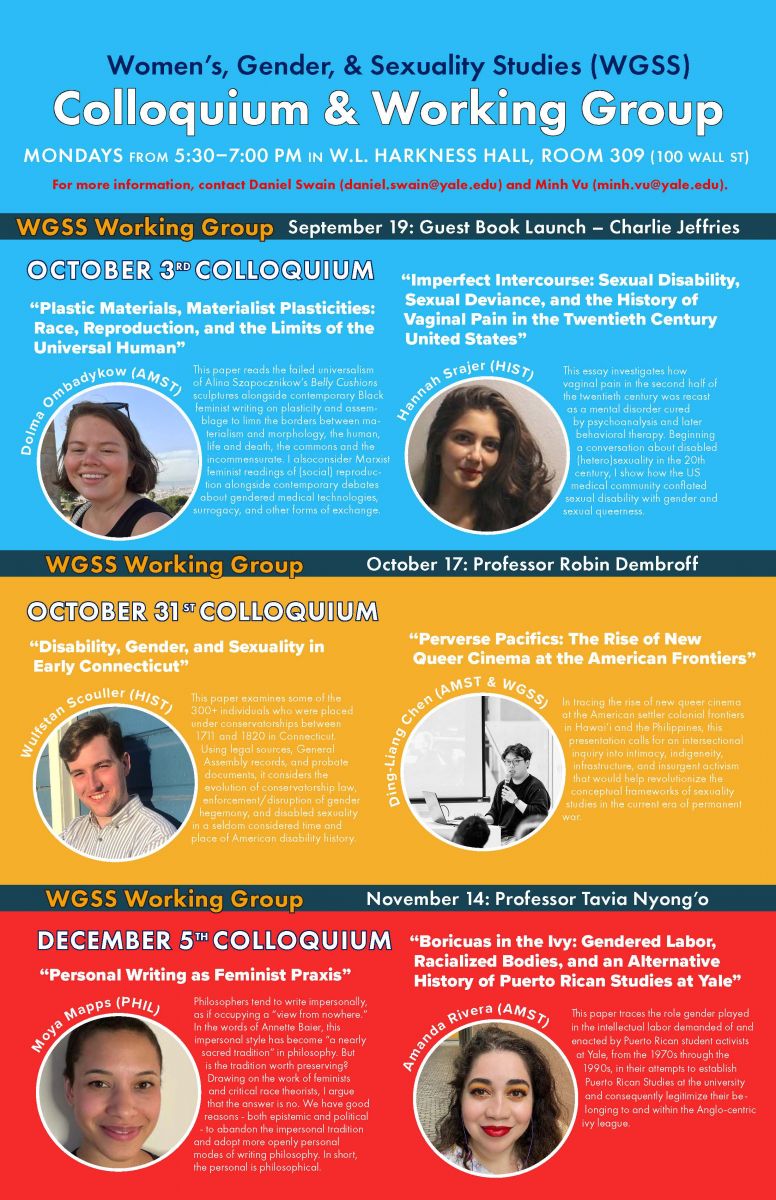